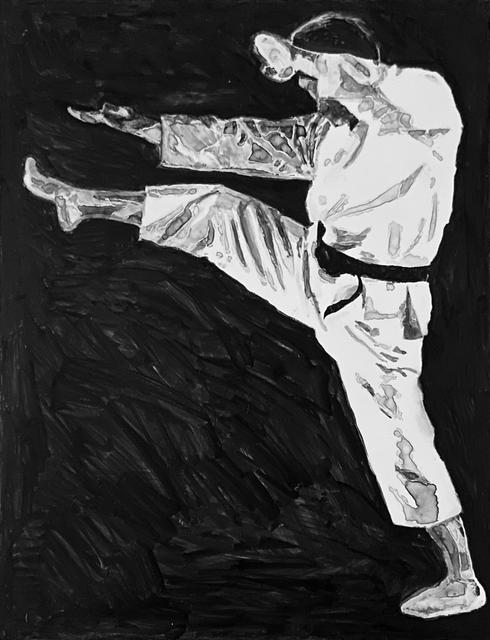 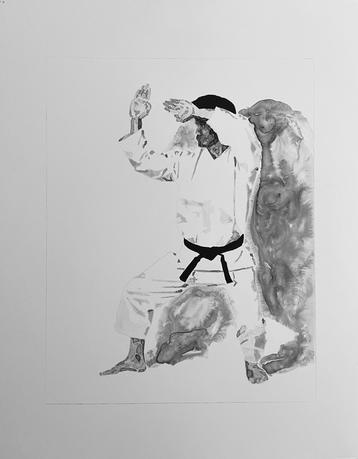 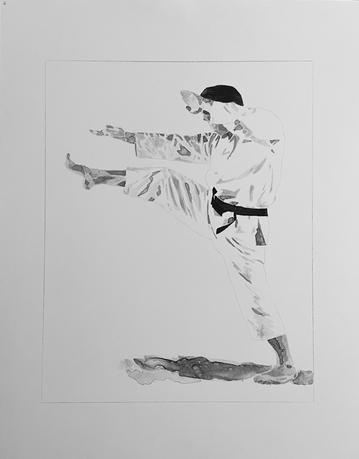 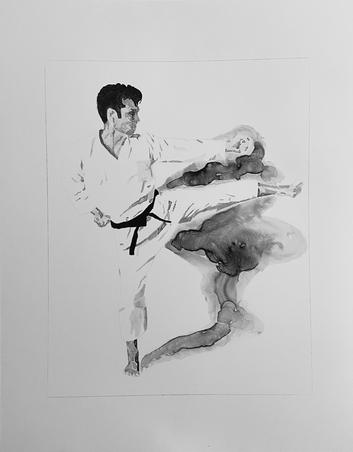 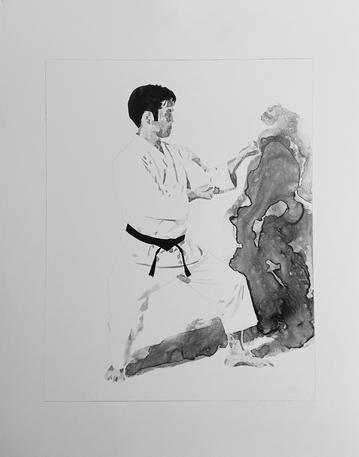 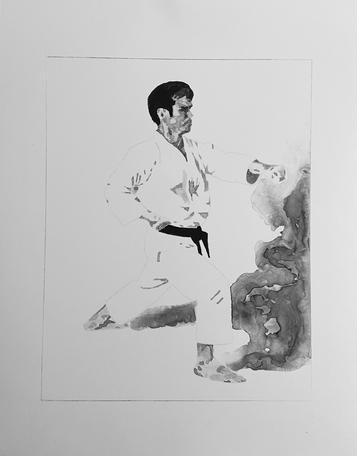 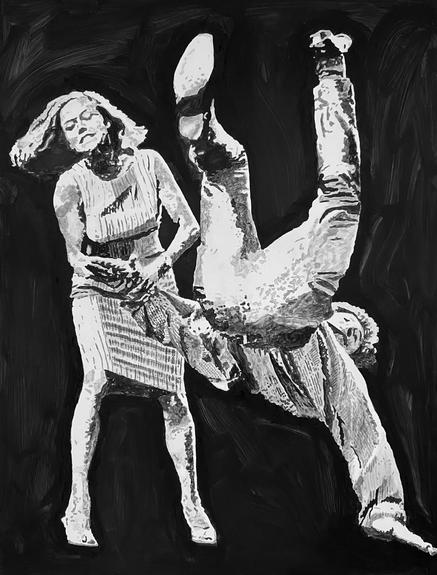 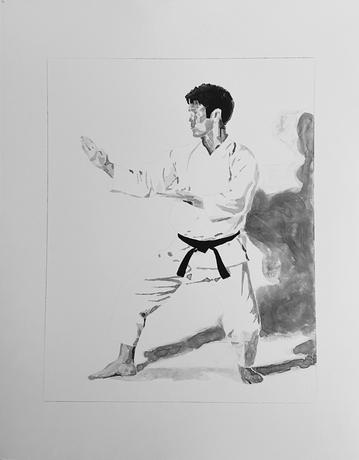 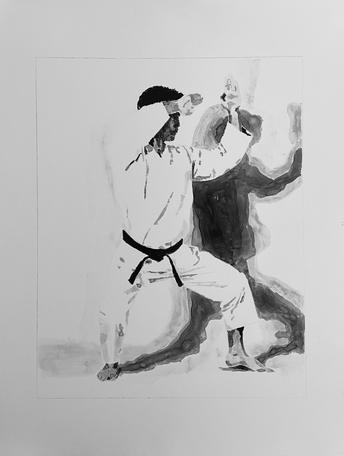 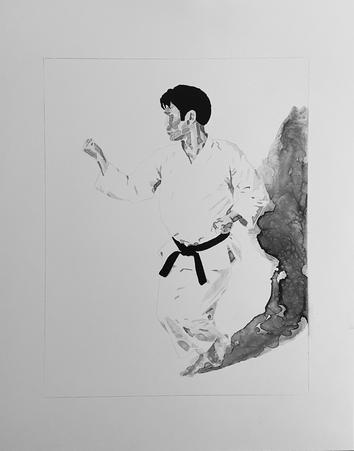 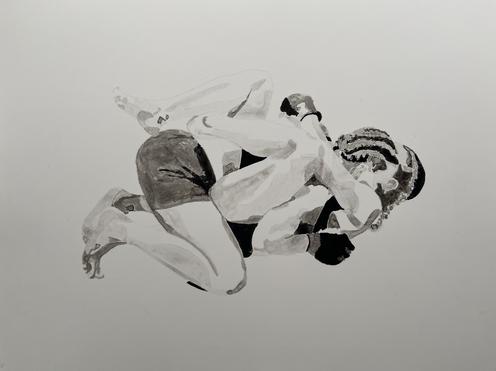 "Fighting Myself "  Martial Arts Series
Shadow boxing, like karate katas, is based on a solitary practice with an imaginary opponent. My series of kata postures with anthropomorphic shadows explores the idea of our shadow as ourselves.
This black and white series contemplates a solitary kata practice with an imaginary opponent, as well as portrayal of women in the martial arts. 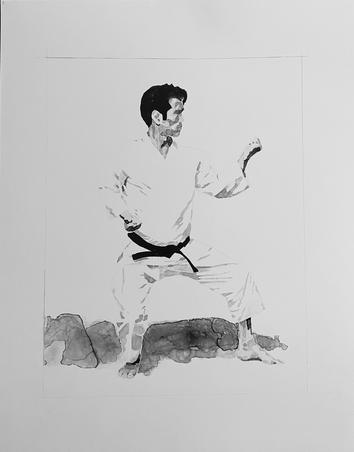 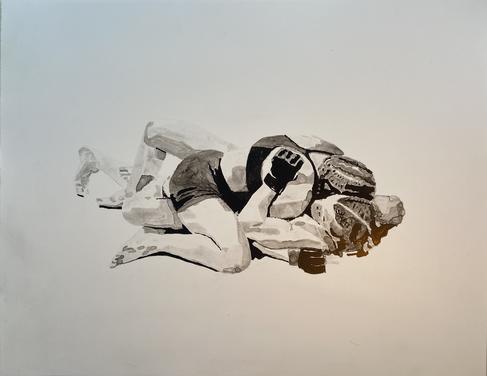 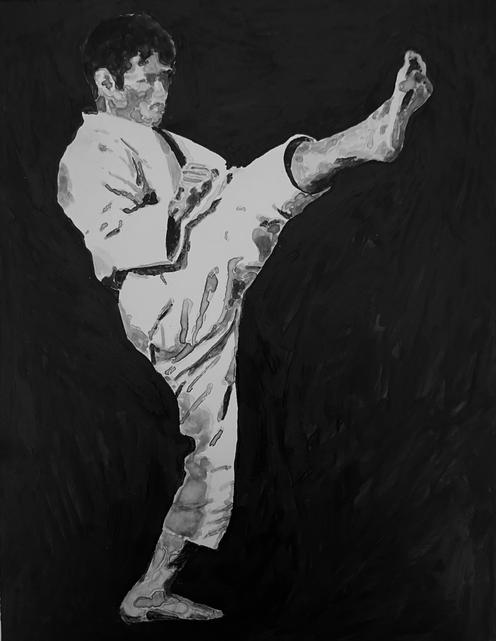 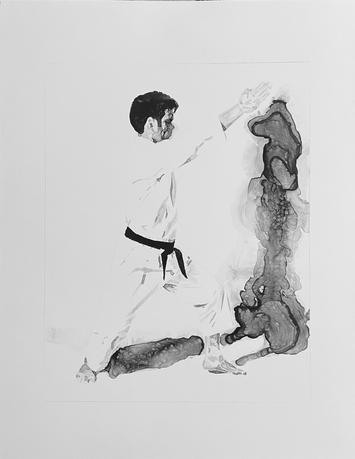